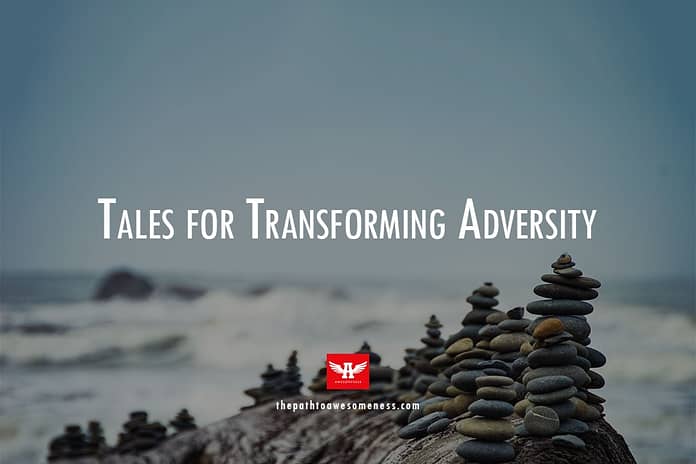 The trials of life aren’t necessarily bad. If you view them as an opportunity to improve yourself, your life will become more valuable, and your future prospects will be brighter. – Khenpo Sodargye

First off, I’m not a Buddhist so please bear with my unfamiliarity with Buddhism concepts. What we’re after here are the life principles and lessons we can learn from a different viewpoint and how we can integrate them into our lives.

As the title suggests, the book is a collection of teachings of the Buddha (Dharma) related to us by Khenpo Sodargye, a Tibetan Buddhist teacher (Lama), depicted in fables and short stories followed by his commentaries. Take note, as Khenpo mentions in the postscript, what’s included in the book is just a drop in the ocean of Buddhist teachings.

The crux is how we can transform suffering into happiness as we face adversity in dealing with major issues we have – money, relationships, and mortality among others. There’s also a conversational style Q&A portion in the last section of the book that addresses FAQs.

It’s All in Your Mind

All of our experiences are projections of our own minds. Due to different mental states, our perspectives on the same objects can be worlds apart. That’s why it is said that when a pessimist sees a rose bush, he will complain about the thorns, whereas an optimist will appreciate the flowers. We can try a change of scenery, but far more powerful is to change our mind.

Teacher Khenpo illustrates the point by sharing the story of Optimist and Pessimist, two sons named after their personalities. In an effort to somehow reverse their attitude, the father left Optimist on a pile of manure while Pessimist on a heap of jewels and toys.

To their father’s surprise, Optimist was enjoying himself exploring the manure thinking there must be a treasure there. Meanwhile, Pessimist was still sitting sadly in the middle of the jewels and toys. This convinced the father that what needed to change are not the external circumstances. Change has to happen internally.

So the appropriate question is not HOW, but WHERE can we change our lives.

The challenge for us is to look for the treasure when we find ourselves in “the manure.” Like a lotus in the mud, we can also transform our suffering if we can view it differently – as a catalyst for our healing and spiritual growth.

When anger arises, learn to observe your mind. Often, we don’t get angry when the event happens. It’s only later that anger creeps in, and it continues to proliferate if we fail to rein it in time. Sometimes, we ourselves add fuel to our anger. The best method when faced with harm or adversity is to use wisdom to tame your mind.

There are four things Teacher Khenpo wants us to remember in dealing with anger:

As with anything we need to heal, awareness is the key.

Genuinely wise people never fear suffering but instead transform every tribulation into a stepping stone to liberation.

Teacher Khenpo compares our experience to that of a farmer’s donkey that fell into a dried-up well. The farmer, thinking that the donkey is a lost cause, asked his neighbors to help him fill the well with soil.

Not giving up on its chance to get out, the donkey shook off every shovel of soil that came down and stamp it under its feet. Eventually, the donkey reached the opening of the well, got out, and ran away.

Similarly, we must learn to approach every tribulation like that donkey determined to claim its freedom. It’s going to be dirty, messy, and hard but we must push our way through the sh*thole because there’s no other way out!

What determines whether speech is virtuous is the mind. What we think determines what we say. In order to control our tongue, we must first cultivate inner virtue. When our mind is disciplined, our speech will be as well.

Remember the first of The Four Agreements? Be impeccable with your word.

It’s also the best virtue in Buddhist practice. But it’s a double-edged sword – it can also be the origin of non-virtue.

What determines how our tongue behaves? Our mind. Better stand guard at its door! 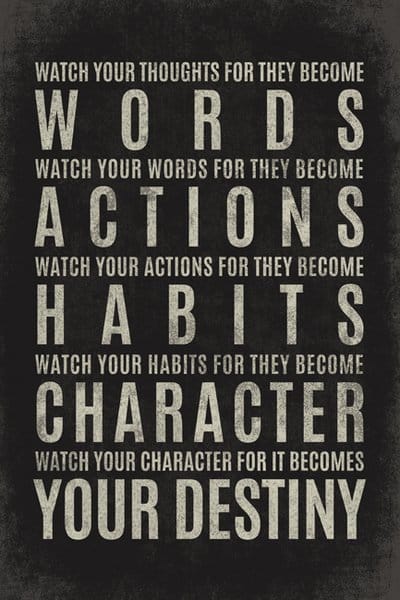 Some people might say, “Irrational people are unavoidable!” This may be true, but you can still treat them with patience by keeping silent or just saying what they want to hear for the time being.

As advised by Don Miguel Ruiz with not taking things personally, people only hear what they want to hear. When driven by the ego, we become close-minded. We tend to only hear ourselves without considering the opinion of others.

Opinions are based on our beliefs. Different people have different belief systems. If what you say doesn’t correspond to their beliefs, they will not understand you. It only leads to an endless argument.

Teacher Khenpo says there’s no need to reason with such people. They only want to be heard, more than anything. It’s better to just listen to their opinion and for the time being, just agree with them. “You’re right,” in order to satisfy their need to be right.

There’s no need to defend the Truth that you know. No need to prove it. We can be happy just by knowing it.

Often our most reliable friends are our oldest friends. Old friends, those who have been close for many years, always maintain a deep affection for each other.

The genuine value of friendship is to correct and encourage each other to go in a better direction.

It will require being alone when walking the spiritual path. And it may seem you’re losing old friends along the way. But what you’re really losing is not your old friends, but the old relationship you have with them.

Teacher Khenpo shares the story of Zhu Yuanzang, founder of the Ming dynasty, who never gave up old friendships. After becoming emperor, he asked his subjects to look for his old friend Tian Xing, who used to farm with him when he was young.

Similarly, as we inherit the spiritual kingdom, we’ll be enthused to share the banquet with people close to our hearts, people who stayed true to us through our struggles – our old friends. And so, we’d want to celebrate our victory with them too.

Old friendship stays. It’s how you relate to it that changes. In becoming the best version of yourself, you inspire them to become their best as well. You grow together. That’s the genuine value of friendship.

The Law of Impermanence

It’s like catching water bubbles, as Teacher Khenpo suggests in a story. Water bubbles are very pretty, but they disappear as soon as you catch them.

Likewise, we have to realize that we can’t hold on to anything in life. Everything will come to pass. If we attach our happiness to anything, we’re only setting up our own suffering.

This is not to deny the pain that comes with loss. Pain is inevitable. What we can avoid is unnecessary suffering.

Understanding the Law of Impermanence helps make painful experiences become more bearable as we go through the process of healing and acceptance.

It’s just like when farmers sow seeds in the spring – the plants can’t bear fruit immediately. Similarly, in between the sowing and the reaping of a positive or negative action, a period of time is required. However, karma ultimately never fails. As long as the cause is created, the effect will ripen sooner or later.

Karma, or the Law of Cause and Effect, is immutable. For every action, there’s a reaction. We reap what we sow.

Buddhist teachings include the concept of past lives with regard to karma, in that our current life experiences are the result of our previous lives. But karma is not a punishment. It is only teaching us the lesson we need to learn. Until we do, experiences will keep on repeating themselves.

Whether we believe it or not, what’s more important is what we do now. It bears reminding ourselves time and again that our power to change is always in the present moment.

And what we do in the present will take time before it bears fruit. We can’t expect a seed we planted today to grow fully as a tree tomorrow and bear fruit the next day.

What we do is we nurture the garden consistently as best we can and let nature take its natural course in creation.

When we were born, we couldn’t feed or clothe ourselves – it was our parents who made sacrifices to raise us. Then they concerned themselves with our education, work, and relationships. Now we have grown up, but our parents have aged. If we aren’t concerned with them, it is unconscionable! 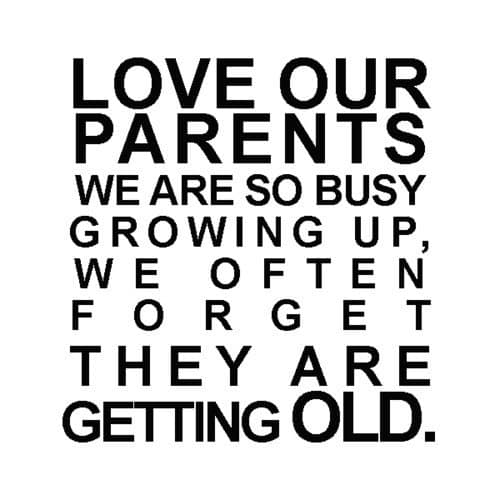 I like that the book has an entire section about parents. It serves as a great reminder to children.

In Chinese, the word “filial” is made up of characters for old on top and offspring below, meaning to say “offspring should uphold or support their parents.”

There is no greater love than that of a parent for a child. That is the basis for everything they do. It may not always be the best for us, but it’s the best they can think of, given what they know.

They may be “toxic to our spirituality,” but isn’t that part of what we’re learning here? Maybe their toxicity is also a call for healing, a call for loving them unconditionally.

How helpless we once were is how helpless our parents will become as they age. We’re not returning a favor. We’re returning love.

Teacher Khenpo says that only when we understand the nature of mind can genuine happiness be understood.

He tells the story of Tao Yuanming, a recluse who once made an instrument without strings. Although it made no sound, he took great pleasure in playing it.

It goes to show that Tao’s happiness was not dependent on his instrument. It didn’t matter to him if it produces sound or not. He was the one creating the music in his mind. He creates his own happiness. 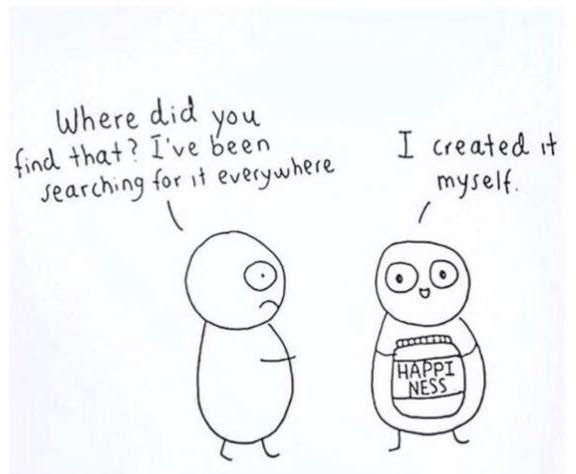 The music of happiness is always playing, but we have to tune into it with our mind in order to hear it. We know it’s there because we can feel it in our heart and our soul dances to its song.

Tales for Transforming Adversity: A Buddhist Lama’s Advice for Life’s Ups and Downs

KHENPO SODARGYE was born in Tibet in 1962 in what is today the Sichuan province of China. After spending his early years herding yaks, he entered the Buddhist monastery and went on to become the preeminent scholar of Larung Gar Buddhist Institute in Serthar. He is now one of the leading scholars of that institute, the fastest-growing Buddhist monastery in China today. He has been especially effective at popularizing Tibetan Buddhism among Chinese communities and regularly speaks at universities in Asia and the West.

Other Books by Khenpo Sodargye 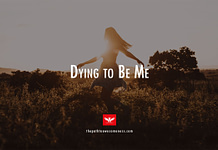 Dying to Be Me: A Journey to True Healing 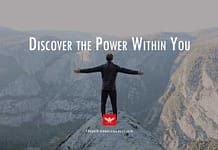 Discover the Power Within You 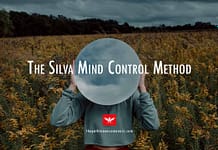 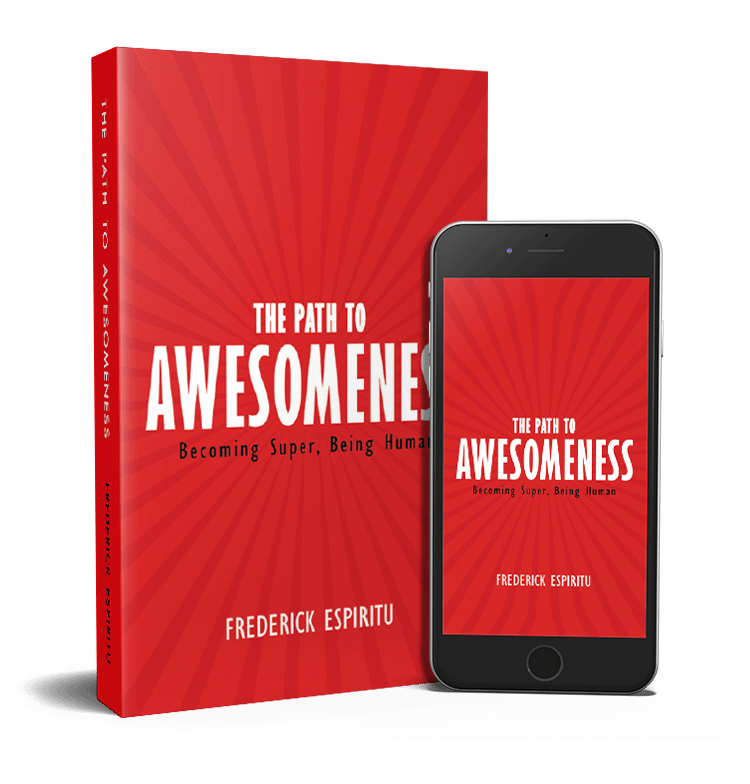 ABOUT US
ThePathToAwesomeness.com is an online resource of book summaries and insights filled with love, inspiration, and a dash of humor. Its mission is to help you heal yourself so you can live an AWESOME life.
FOLLOW US
© The Path To Awesomeness © 2022 | Disclaimer: The information on this website has not been evaluated by the FDA and is not intended to diagnose, treat, prevent, or cure any disease. | Disclosure: ThePathToAwesomeness.com is a participant in the Amazon Services LLC Associates Program, an affiliate advertising program designed to provide a means for sites to earn advertising fees by advertising and linking to amazon.com
wpDiscuz

Sign up to receive book summaries straight to your inbox & get The Awesome Life e-book for FREE!

Awesome! Check your email to confirm :)